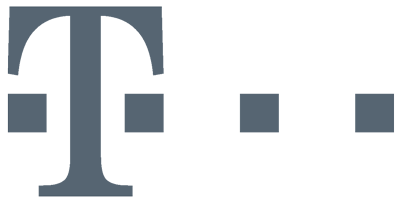 As a leading telecom brand, T-Mobile (Netherlands) wanted to do more than just create awareness on e-waste.

At the start of 2018, T-Mobile Netherlands wanted to innovate and enrich its trade-in program for used phones. The company wanted an approach that innovatively supports recycling, reuse and the reduction of electronic waste combined with a great service for its customers.

With the 'Recycle Deal' T-Mobile offers customers both the newest mobile telephone and the possibility to actively contribute to reducing e-waste. The collaboration with Closing the Loop makes this possible in a very concrete way. - Kathleen Loods, Communications Manager T-Mobile Netherlands

Closing the Loop collects a waste phone in Africa for every used phone that is sold back to T-Mobile within the Recycle Deal.

The Recycle Deal rewards customers with a monthly discount for selling back their used phones to T-Mobile at the end of the contract period. For every used phone that is sold back to T-Mobile within the Recycle Deal, T-Mobile compensates one scrap phone in a developing country. With the Recycle Deal a win-win-situation is created. It is good for the planet and good for the customer. To create even more impact, T-Mobile set-up a partnership with Samsung to collect a discarded phone for every sold Samsung S10E.

As a first step, Closing the Loop collected 25,000 waste phones from Cameroon on behalf of T-Mobile. The Recycle Deal received a lot of media attention, including through the largest newspaper in the Netherlands. Closing the Loop presented the partnership to the International Telecommunication Union and during an event organized by the United Nations. Several online influencers made a story about the deal. The Recycle Deal also gave rise to a joint survey among Dutch citizens about the awareness of electronic waste and resulted in unique (video)content that contributed to T-Mobile's sustainability and customer engagement objectives.

The Recycle Deal shows that circularity for phones is good for the planet, local communities in Africa and customers in the Netherlands.

Lastly, because of the collaboration with T-Mobile, Closing the Loop was nominated for The Green Mobile Award at the Global Mobile Awards in 2019.

Like T-Mobile and more than 50 other organizations, you can combine positive social, environmental and PR benefits by using the services of Closing the Loop. Become a circular pioneer! Get in touch via 020 75 26 506 or info [at] closingtheloop.eu

For more information about this collaboration see the website of T-Mobile.

Read here how T-Mobile and its customers are contributing to circular telecom.